No Case for Relaxation of Russia Sanctions, Boris Johnson to Tell EU

Boris Johnson has said the British government will insist on the EU maintaining its sanctions on Russia, in comments that appeared to blame Vladimir Putin for a recent outbreak of violence in east Ukraine. 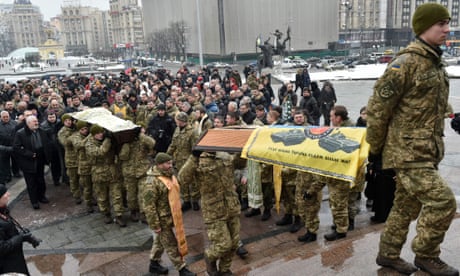 As he arrived at an EU foreign affairs council meeting in Brussels on Monday, the British foreign secretary told reporters there was “no case for relaxation” of measures, which include asset freezes and visa bans on people and entities associated with the Kremlin.

In a move that suggests the British government wishes to distance itself from Donald Trump on the issue, Johnson said he would be talking with his fellow EU foreign ministers about the “recent upsurge in violence” in east Ukraine but that the UK’s position had not softened.